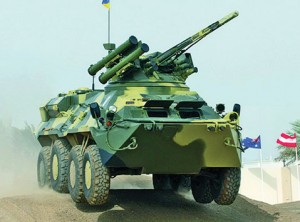 It is intended for cargoes and personnel transportation and protection providing against small arms and NBC. It may be used for equipping of special units of the Armed Forces and quick-reaction forces as a transporta- tion means or as a carrier of any weapon and military equipment and can be operated for fulfilment of military and peacemaking missions both on motor roads network and in cross-country conditions. 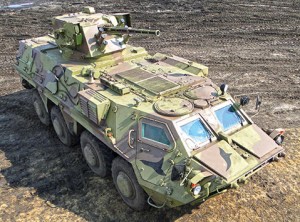 BTR-4 armoured personnel carrier is an 8×8 amphibious wheeled armoured vehicle intended to transport personnel of  mechanized infantry units and
to provide fire support for these units in combat operations. The BTR-4 is intended to equip mechanized infantry units that can fulfill operations under various combat conditions, including NBC environment.

Design is based on a modular structure selected to give the maximum flexibility for multi-purpose operation.

Remote-controlled system and outside combat module provides enhanced protection of the inhabitants, better conditions in the inhabited compartments (weapon station is outside that avoids gas contamination). 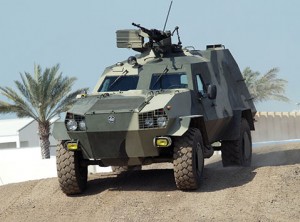 It is intended for transportation of personnel of motorized infantry sub-units and its firing support in combat conditions. 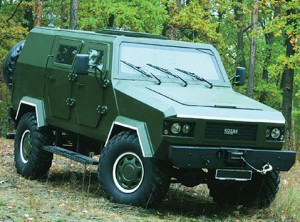 It is intended for reconnaissance purposes carried out by special or peacemaking subunits. The Universal or Pickup versions may be used for cargo and staff transportation, as well as a medical vehicle and commander vehicle. It may be delivered in Basic, Universal and Pickup versions. 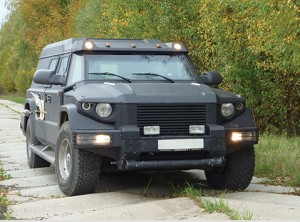 Special armored vehicles customized for both military and civilian use.

Its all-metal body is created with the highest quality steel and provides maximum strength parameters of the body and car design in general.